The rain reduced visibility to nil on our entry. the wind was a steady 30 knots. we shot into the cut, turned sharp left and dropped the mainsail. Thankfully due to the newly lubricated track it dropped in one go. The harbour master was dashing about in his rib and directed us to a wall where tugs tied up. In the rain it was hard to see him but there were no tugs thank the lord. at 2330 NZNSF time we were alongside this wharf that loaded timber, the smell of pine was thick. MAF and Customs were in separate vans with flashing lights.

We’d filled in our papers and I’d emptied the fridge of an fruit and veggies. Rubbish sacks at the ready and we hoped that we’d made their and our tasks easier. We have been into the country a few times and know what is or not allowed. Customs were quick and grateful that we’d pre filled in the forms.

MAF young girl took her time going through each locker and had a rather disappointed face when all she could find was one kaffir lime leaf at the bottom of the fridge. 2 hours later she was still wanting to see if we had any lockers on deck. By this time the wind was up to 35+ knots and our patience and sense of humour seriously lacking. Poor kid could hardly get ashore but she did offer to help us cast off.

We had already prepared that and with the wind blowing us off the dock it was easy to go. Next problem was finding the dock in the marina that had been allocated to us. Well we did, we were able to turn Duet around so that we were facing the right direction and moored up. this was 0200. We were knackered to say the least!

Nelson is heaven. It is a lively town with a lot of things going for it. There is an active theatre, lots of yachting and is the centre of arts, crafts, fabulous farmers markets.here are a selection of photographs out Australian trip. 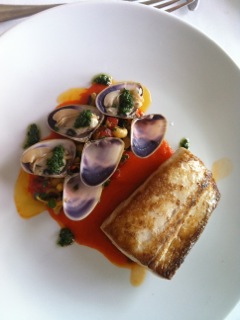 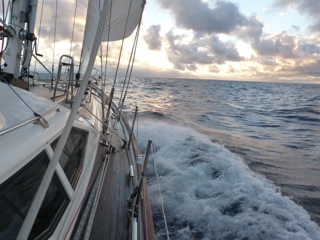