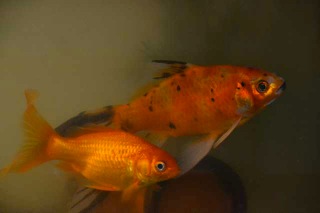 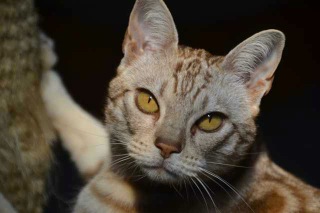 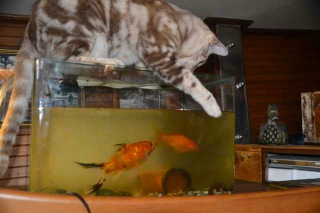 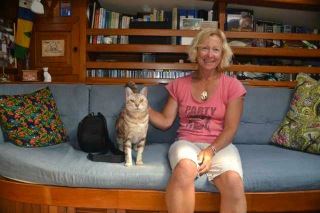 Duet is at anchor below us as we sit eating supper with Tom and Ginny
in their lovely home that overlooks Arran Bay. Stuart and Susie
Carnegie were there too. This was our last port of call at the end of
a very successful summer’s cruise. We have sailed a total of 3258
nautical miles in three months. This has been the best New Zealand
summer for a long time. Of course all the farmers are complaining
loudly but the holiday makers have never had it so good! So we are now
back to the marina and will spend the next two weeks cleaning and
packing up our beautiful Duet before returning home at the end of
March.

39:22:67S
177:44:23E
We are on passage at the moment passing
Portland Island which has an uncanny resemblance to Portland Bill in the English
Channel and the seas are just as steep and nasty. No race to contend with but
shallows and shoals make for an unpleasantly rough seas. It’s difficult
pouring a cup of tea – We have a strong ESE wind and are sailing at
8.5 knots.We loved Napier and thanks to Chris, a good friend who took us around,
we saw a lot of the very dry farmland, tasted some delicious wines in the famous
Hawke’s Bay vineyards and ate some delicious food as well. Next stop will be the
Mercury Islands on Sunday where we will have a few days break before heading
back to Gulf Harbour.

Napier looks like a bit like Nice or Monaco with it’s Neapolitan painted buildings and palm tree lined streets or perhaps they look like Napier? The city was flattened in the 20’s by a huge earthquake and rebuilt in Art Deco style’s finished during the early 1930’s. There are plenty of interesting shops to browse around and an extremely well stocked New Zealand wine centre that specialises in the wine from this region,Hawkes Bay. Last night we spent alongside the harbour wall with the trawlers, noisy and dirty. Tonight we are moored outside the Napier yacht club; a far better alternative!
It took us two days to sail back from the Chatham islands, one day sailing and the rest under engine as the wind was light and from astern. Did anyone notice that the Chatham Islands are not on Google Earth? 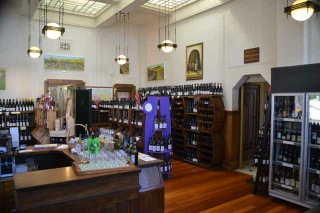 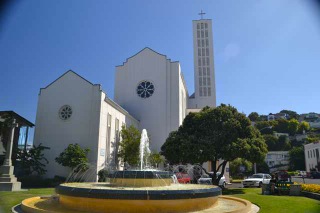 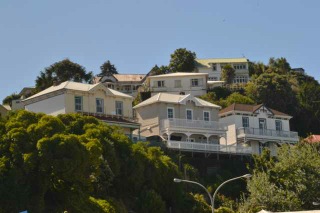 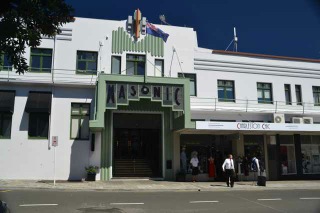 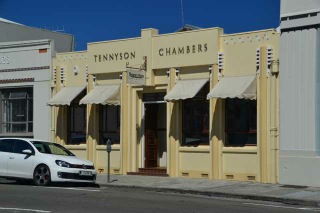 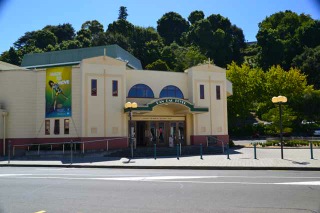 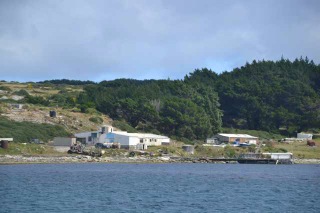 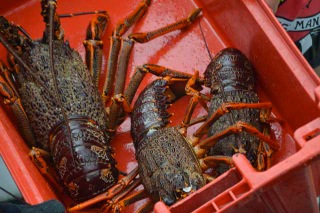 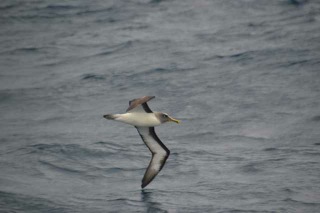 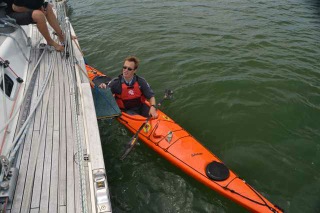 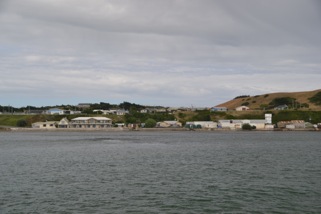 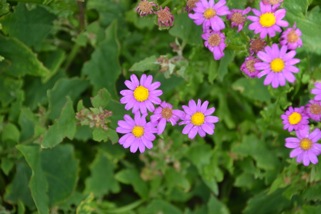 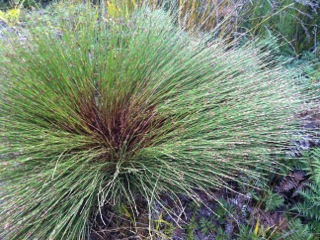 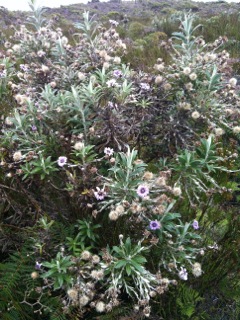 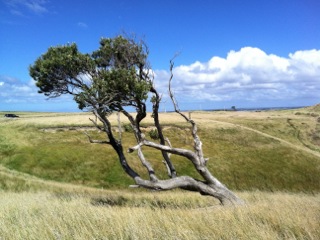 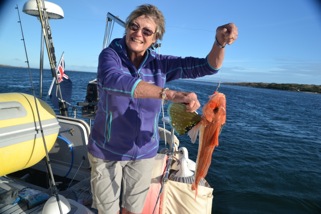 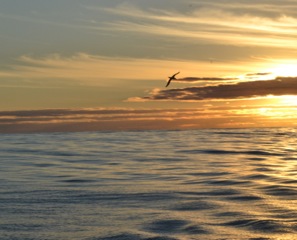 43:48:63S
176:42:41W
Yesterday ten miles away from the
island there was still no sign of land.  Low cloud on the horizon but
nothing else. Even with GPS and all the electronic charts we still check again
that we are on the right course. Suddenly a nipple of a hill becomes visible.
These are low lying islands. Meanwhile the air is thick with birds. Albatrosses,
Shearwaters, Fulmars and terns wheel and swoop around us.  We identified
various endemic species which is a thrill in itself. To our surprise it is much
warmer here than anticipated. The water temperature has only just dropped from
20 c to 16c. The wind is forecast to stay in the northern sector so we decided
to anchor in one of the bays that showed an  anchor on the chart. no
cruising guide yet to the Chatham’s! Ocean bay looked too open so on to the
next, Port Hutt where there were fish works marked, looked the best option. A
scattering of sheds on the shore, a rough slip with a rusty tractor at the head,
two rusting hulks – and that was it. Dodging cray pots and patches of kelp we
nosed our way in and dropped our anchor in 6 meters of sand. Excellent holding.
Within five minutes I’d hooked a huge cod and a sole! Fresh fish for supper.

Weather looks set fair for the
next couple of days. We left Nelson this morning destination Chatham Islands. We
planned to take a short cut through a narrow pass between D’Urville Island and
the Mainland saving ourselves 6 hours.  However we got to French Pass just
1/2 and hour too late……even with the engine at full revs we came to a halt
and then were pushed back. making a quick turn we raced back to a
nearby bay where we anchored for a short while. We worked out
that we couldn’t attempt the pass again until after dark. Not a risk worth
taking. So we are now under way again motoring for Cook Straight in a light
N’thly wind that promises to fill in later this evening. So far so good.
Interestingly enough friends emailed us that they had googled up flight distance
from Nelson to Chatham Island which came up as 28624 Kilometres or 17786 miles
or 15455 nautical miles. Don’t forget to turn right out of Nelson. Thank you
Tim, we took your advice……

The Generator was fixed by Cindy, an energetic and extremely capable young lady. Simon was most impressed! After a fast sail of 450 miles down the West Coast we stopped for a night in Tasman Bay. Since then repairs and more maintenance. Nelson is a fun place for a stop over as it’s relaxed, plenty of eateries to choose from, markets, crafts and arts. 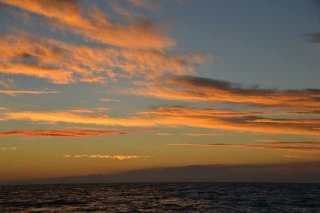 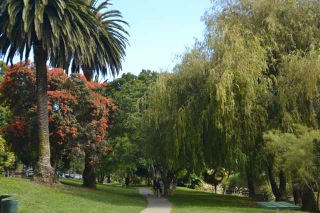 Nelson has plenty of attractive and easy walks. 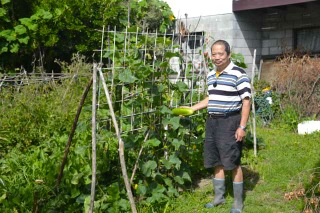 plenty of Market Gardeners happy to show you their cucumbers 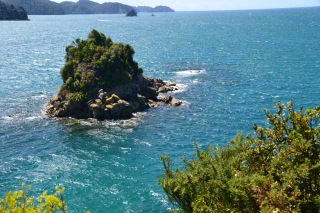 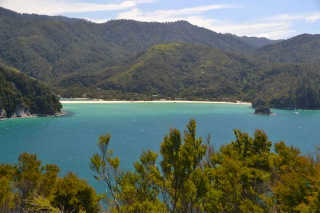 Anchorage Bay where we met up with friends.

Killer fish weighing in at 4.3KG
Fishing with  Consie on April 1st.